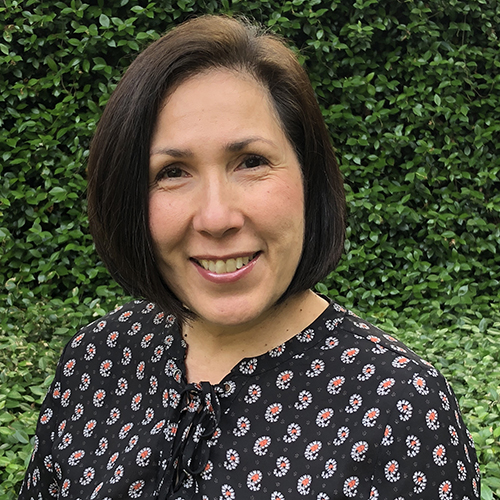 After 30 years as a volunteer-run organization, Karen Ranus became NAMI Austin’s first Executive Director in 2014. During Karen’s four-year tenure of dynamic leadership and commitment to program growth, NAMI Austin has increased the number of persons participating in its programs by more than 3000%, grown its staff from 2 to 7 and more than doubled its budget. Her passion for NAMI Austin’s mission and work stems from her own family’s mental health journey, having almost lost a daughter to suicide in 2011. Encountering families like her own through NAMI, she recognized the powerful role of no-cost education and support programming for families and individuals living with mental illness as well as the schools, places of worship, workplaces and communities where they live, work, play and learn.

Her vision of changing the mental health conversation is reflected in the most recent and successful programming she developed which focuses on providing people with the information and simple tools they need to have positive and proactive conversations about mental health at home, school, work and in faith communities. In addition, her commitment to developing partnerships with law enforcement has ensured officers in Austin Police Department and Travis County Sheriff are receiving mental health training rooted in a deeper level of empathy, compassion and understanding for persons in mental health crisis.

Karen holds invited positions on the Board of the Mayor’s Health and Fitness Council, the Travis County Behavioral Health & Criminal Justice Advisory Committee, the University of Texas Center for Youth Mental Health Advisory Committee, the Austin State Hospital System Redesign Steering Committee and the Psychiatric Stakeholder’s Group. Most recently, she was appointed to serve as a co-chair of the Austin Police Department’s Mental Health Stakeholder’s Group. She has been featured as a guest columnist on mental health issues in the Austin American-Statesman, Austin MD Magazine and The Daily Texan and is a frequent speaker in the community on mental health topics. Because she firmly believes that storytelling is one of the most powerful ways our community can overcome the stigma and shame associated with mental illness, she often shares her own family’s journey and inspires others to do the same. Karen’s deepest commitment is to changing the mental health conversation and create the potential for people impacted by mental illness to feel empowered and confident in getting the help and support they need to live healthy and productive lives.