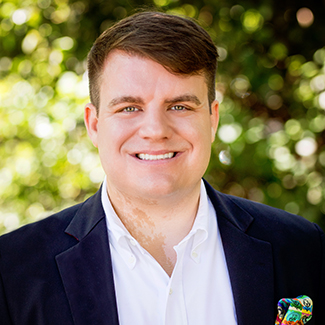 “I’ve always been fascinated with the intersection of people and places,” says David Bean, who grew up in Orange, Texas, on the Louisiana border. “Instead of Saturday morning cartoons, I was watching the real estate shows.” Once he started traveling to metropolitan areas such as Houston and New Orleans, he remembers, “I was infatuated with the number of cars on the street, the volume of office and residential buildings, and the rhythm of the city.”

Those early inspirations blossomed into a career that began in real estate development, where he learned to work with multiple stakeholders on large commercial projects. That experience interfacing with architects, designers, engineers, and contractors armed him with the ability to assess residential properties as a real estate agent, ask the correct questions, and discover the best opportunities for his clients.

David completed undergraduate degrees in urban studies and economics, plus a masters in community and regional planning in the school of architecture, at the University of Texas at Austin. After several years working with developers there, he continued that path in Washington, DC, as he pursued further studies in real estate finance at Georgetown University. At that point, a colleague suggested that he get a real estate license because of his energy and passion for working with people. David’s first buyer was a teammate on his recreational kickball team that played games on the National Mall. “I’d hit on a dream job,” he says.

David returned to Austin in 2013 to be closer to family, and scored his first sales listing just two weeks after his arrival—and it hasn’t stopped since he says, because his fascination with architecture, homes, and the people who live in them constantly motivates his work. “Our lives are shaped by buildings. It’s important to find a space that really reflects who you are as a person, and that meets your needs so you can be your best self. It’s an emotional process,” he explains. As a homeowner himself and an investor in real estate, he also understands the myriad aspects of buying properties and the different goals of each client. As a result, his transactions have doubled each year since that first listing.

Outside of work, David chairs the board of the Austin Young Chamber, where he’s been a member since 2014, and he recently completed the Emerge program at Leadership Austin, which is geared toward empowering emerging leaders in the community. He regularly runs the Lady Bird Lake Trail, where he first established an Adopt-a-Garden campaign as a college intern for The Trail Foundation. David also volunteers for the Central Texas Food Bank and the United Way. He lives in a condo in East Austin so he can absorb the urban energy that first beckoned him as a child. 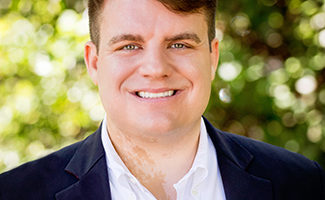