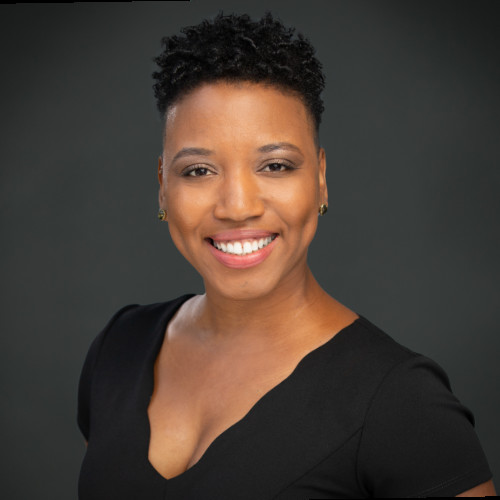 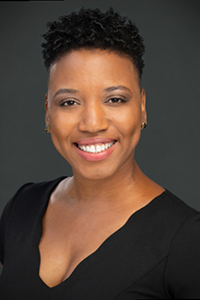 Courtney Bailey grew up in communities where racism and systemic inequities were deeply rooted. As a result, she developed a strong desire to gain a better sense of self and co-collaborate with like-minded people on engagement initiatives that take into account the unique history, culture and needs of each community involved. Subsequently, Courtney received a Bachelor of Arts in Public Policy and completed the unique interdisciplinary minor in Community Development at Howard University, a historically black university in Washington, DC. Courtney’s interests in community wellness, leadership and engagement led her to work with diverse institutions, such as the University of Texas at Austin, Dell Medical School and Leadership Austin.

As Director of Issues & Engagement at Leadership Austin, Courtney leads two of the organization’s flagship programs, Essential and Engage. Essential is a nine month leadership program. In this program, Courtney creates curriculum that exposes sixty established leaders to complex community issues affecting Greater Austin. Engage is a monthly breakfast series, which Courtney coordinates with KLRU-Decibel and community partners to provide monthly panel discussions on community issues and needs. In addition, Courtney’s job is to inspire the organization’s more than 3,000 alumni and countless supporters and community partners to lean into uncomfortable discussions, recognize those communities that are missing from the conversation, and come together to create meaningful solutions to address systemic inequities. She does this through partnerships, program management, community engagement and deliberate dialogues and trainings.

Prior to joining Leadership Austin, Courtney worked at the University of Texas at Austin- Dell Medical School for three years, where she held various community engagement roles. Most notably, Courtney worked as Project Manager for Community Impact in the Dean’s Office. She was instrumental in the design and implementation of Dell Medical School’s Community Impact Pillar in 2017, which led to the formation of a school-wide community impact strategy plan, and integrated taskforce, culturally responsive community materials and two community engagement programs, which focus on historically underserved communities. Courtney also served as Staff Advisor to MESH (Making Equity Standard in Healthcare), a Dell Medical School student led group focused on improving diversity, equity and inclusion in healthcare.

Courtney received the Richard Hopkins Torch Professional Award at the 17th Annual Central Texas African American Family Support Conference for professional leadership in addressing health disparities in Black/African American and Hispanic/Latin American communities in 2017. She has also been awarded community grants from both A Glimmer of Hope Austin Foundation (2015) and Austin Public Health (2013) to co-collaborate with local organizations, schools and agencies to provide community engagement and wellness programs in underserved communities. Aside from professional experience, Courtney has been a community health advocate and volunteer since 2010 and has taught culturally inclusive, trauma-informed wellness classes in Washington, DC, Austin, Texas and Atlanta, Georgia. She serves on the Board of Directors for the Overcoming Anxiety Clinic, a nonprofit started by Sundara Yoga Therapy.